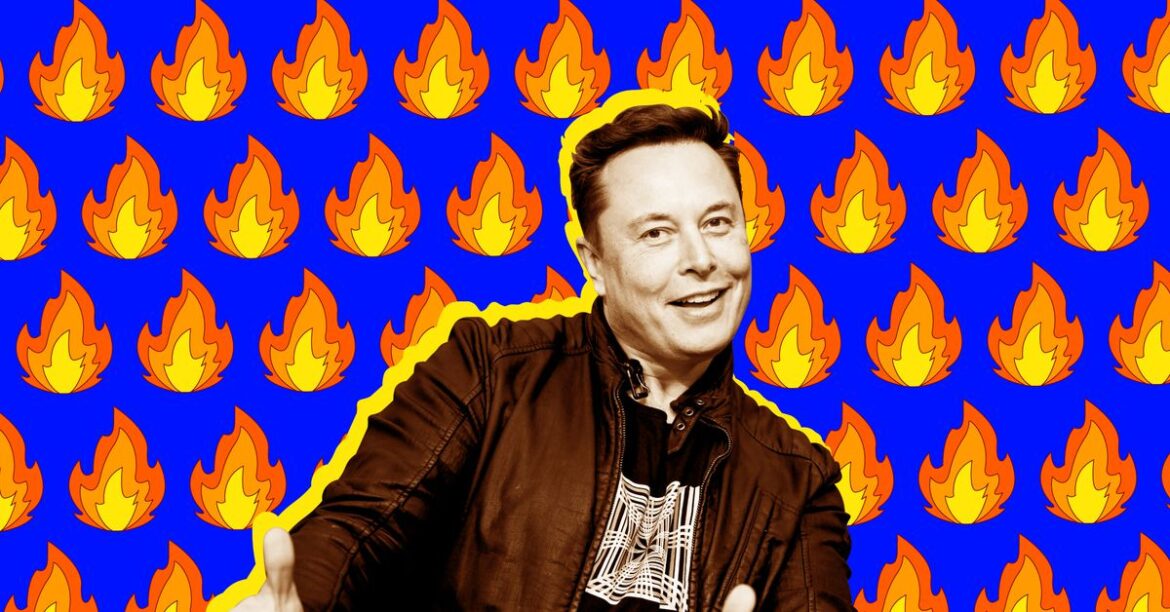 Content warning: I am about to do a close read while violating the principles of New Criticism.

I woke up annoying this morning, so we are going to do a close read of this internet artifact: a semi-viral tweet showing Elon Musk discussing Twitter bots in what appears to be a blurred-out conference room of some kind. There is an audience, though — you get to hear them laugh.

“Anyone who uses Twitter is well aware that the comment threads are filled with scam, spam, & lot of fake accounts. It seems beyond reasonable for Twitter to claim that the number of real unique humans is above 95%. Does anyone have that experience?” — @elonmusk pic.twitter.com/XivtjhEBu3

Here is a lightly edited version of what Musk says in this video snippet:

…it’s extremely fundamental and anyone who uses Twitter is well aware that the comment threads are full of spam, scam, and just a lot of fake accounts. So it seems beyond reasonable for Twitter to claim that… the number of real unique humans that you see making comments on a daily basis on Twitter is above 95 percent… That is what they’re claiming. Does anyone have that experience? [laughter from the audience and from Musk] Exactly.

The video is snipped from the All-In Summit in May (his comments start at 2:00 or so). By the time of this recording, Musk had signed the agreement to acquire Twitter for $44 billion.

Now, to the content. Musk says that “anyone who uses Twitter is well aware that the comment threads are full of spam, scam, and just a lot of fake accounts.” This is something of an exaggeration — my reply guys are top-tier — but it hits on something true. No one can claim they haven’t noticed bots, spammers, and people pretending to be Musk to get your money. I have noticed a lot of them in Musk’s mentions specifically.

Musk goes on to ask if anyone has the experience of interacting with real people 95 percent of the time, to laughter from the audience and his own chuckles. The intent here, with apologies to John Crowe Ransom, is to elicit contempt for the notion that 95 percent of Twitter accounts are people.

If you watch the longer video — not just the clip — Musk is being interviewed. The clip on Twitter cuts off before Musk suggests that if you do believe you’re mostly interacting with people, “there’s a bridge I’d like to sell you.” (I… guess I’d like to hear about the bridge?) He then suggests that the “lowest estimate” of fake accounts is something like 20 percent. This estimate appears to be based on nothing — if there is a source, Musk sure doesn’t cite it.

Just strategically speaking, “why am I not more popular” is not a great question to ask in public

Musk also brags that he has the most popular tweet of any human, about acquiring Coca-Cola “to put the cocaine back in,” a stunt I would support if I thought Musk could actually close the deal. Musk wonders, how is this popular tweet not even more popular? Literally, he says, “Twitter says the monetizable daily active users [on the platform] is 217 million. So why would it be that the most popular tweet ever, basically, is only two, two-and-a-half percent of the entire user base?”

When the camera cuts back to the in-person event, Peter Thiel appears to be holding his forehead. (I have never in my life felt closer to Thiel, Musk’s PayPal co-founder.) One possible answer, Elon, is that many people use reverse chronological feeds, so if you didn’t tweet it while they were actively looking at Twitter, they didn’t see it. Or maybe, just maybe, they didn’t think it was very funny! Just strategically speaking, “why am I not more popular” is not a great question to ask in public because someone will answer it.

Musk digs in further. (Again, I have lightly edited this quote to make him sound like he speaks in full sentences.) “Something doesn’t add up here. My concern is — it’s not is it 5 or 7 or 8 percent, but is it potentially 80 percent or 90 percent bots? I certainly know there’s some real people on Twitter. Is it an order of magnitude? Is it 50 percent instead of 5?”

The added context doesn’t really improve the clip — it makes it worse. I say “worse” because Musk’s lawyers have to argue he was defrauded by Twitter in order to get out of the contract he signed. So he’d have to have believed the representations Twitter made about its user base and then been surprised to find out that, whoopsie, nope. But this video contradicts that idea — it suggests that everyone knows Twitter is full of bots. There’s no way Twitter could have lied to him.

Forget about the argument over whether inauthentic accounts are material to the Twitter deal. We don’t even need to have this conversation! Here’s Musk saying he definitely knew Twitter was full of bots and scams, as any sane person would. Which is why the clip went viral, obviously. Will Twitter’s lawyers use it? Who knows! But it’s leverage, baby.

Musk talks publicly a lot, which means that Twitter almost certainly has a freaky huge team of sad junior lawyers prospecting YouTube for any comments Musk made that will fuck up his case.

That might not mean a dramatic courtroom moment, though. The public drama of subpoenas and so on obscures a possible private drama. See, Twitter has to behave like it’ll force Musk to buy the company — but if the real goal is just getting a huge payout, above and beyond the $1 billion the contract Musk signed requires, then this kind of leverage means Twitter can ask for even more money to make itself whole. Or, I guess, a lowered acquisition price, but that seems like a loss for Twitter. Personally, I’d start negotiations at a nice, cool $15 billion payout for my trouble, with Twitter remaining independent.

How did I get that number? Musk sold another $6.9 billion — nice — of Tesla stock, above and beyond the $8.4 billion he sold in April, despite tweeting “no further TSLA sales planned after today” on April 28. So, that’s $15.3 billion Musk made off Tesla stock, which he claims he only sold for the Twitter deal.

The longer this goes on, the more opportunities Musk has to shoot himself in the foot

Musk’s putative reasoning for the new sales is to “avoid an emergency sale of Tesla stock” if Twitter forces the deal to close and “some equity partners don’t come through.” Okay? This isn’t helping? Part of Twitter’s suit alleges that Musk screwed up the financing efforts he was obligated to perform. Selling more Tesla shares in case, um, some partners don’t come through makes Twitter’s allegations look more serious to me, even if Musk doesn’t have enough cash to close the deal himself.

For now, though, we have more legal wrangling. Musk wants the names of the Twitter employees involved in the bot counts. I imagine Twitter is shielding these people for a reason: after Musk publicly criticized Vijaya Gadde, general counsel at Twitter, Gadde was also harassed online. My erstwhile drinking buddy Casey Newton thinks this request for names is a sign that Musk is flailing.

I agree that Musk is flailing, but I don’t think that’s why he wants names. This is a way of trying to drag the case out and punish Twitter in the process. Musk’s incentive here is to make the legal case as long and painful and thorough as possible, so Twitter is more amenable to settling. The thing is, given the extensive public record of Musk’s comments, and a likely extensive private record, Twitter isn’t likely to blink.

Still, the longer this goes on, the more opportunities Musk has to shoot himself in the foot. For instance: the Tesla stock sale. At one point, Musk said that “the difference between Tesla being worth a lot of money and being worth basically zero” is whether the company successfully solves self-driving. But his sales, putatively for Twitter — though if the deal isn’t consummated, who knows what he’ll do with that cash — are a problem for Tesla. See, Tesla hasn’t succeeded at self-driving yet, so it may be worth zero. That makes Musk look like he’s getting out while the getting is good. 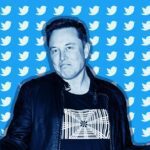 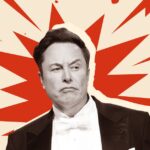 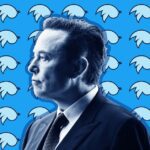