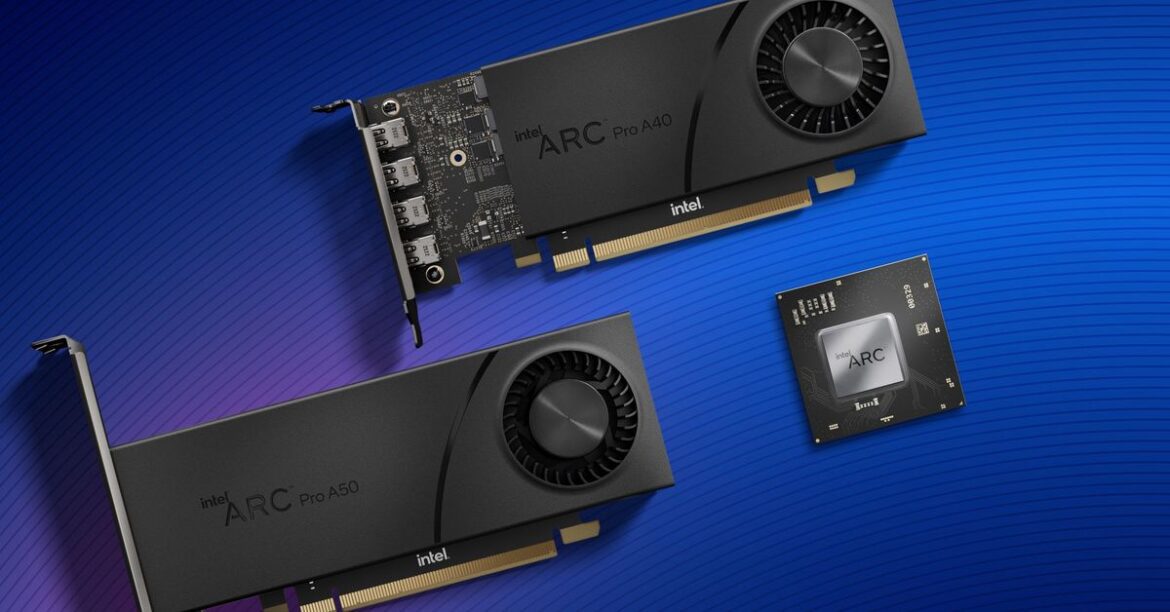 Intel is launching its Arc Pro series of GPUs today, designed primarily for powerful desktop workstations and laptops. The Intel Arc Pro A40 and A50 will both be available for workstations, while the A30M will be available in pro-focused laptops. All three GPUs are capable of hardware-based ray tracing and AV1 hardware acceleration — and are designed with AI tasks and creator apps like Adobe Premiere Pro in mind.

The Intel Arc Pro A40 will ship in a small single-slot form factor with 3.5 teraflops of graphical power, eight ray-tracing cores, and 6GB of GDDR6 memory. Intel is targeting this GPU at slimline workstations or small form factor PCs.

The larger A50 steps up to a dual-slot form factor, 4.8 teraflops of graphical power, eight ray-tracing cores, and 6GB of GDDR6 memory. Due to its dual-slot design, this is probably more suited to traditional workstations. Both of these workstation GPUs will also include four Mini DisplayPorts for multiple monitor configurations. Intel supports two monitors at 8K 60Hz, one at 5K 240Hz, two at 5K 120Hz, or four at 4K 60Hz.

While you can technically play games on these GPUs, they’re not designed for gaming. Instead, Intel is optimizing these for pro tasks and creator apps like Blender, HandBrake, Premiere Pro, DaVinci Resolve Studio, and many more. Intel is targeting to get these GPUs certified for apps within engineering and construction, architecture, and manufacturing. These GPUs will also support full AV1 hardware acceleration, in what Intel calls an industry first.

The Mobile A30M GPU will include 3.5 teraflops of graphical performance, eight ray-tracing cores, and 4GB of GDDR6 memory. It’s designed to use between 35 and 50 watts of peak power, and display outputs will depend on laptop configurations from OEMs.

Intel has set expectations low for its recently launched consumer gaming GPUs, and the company isn’t offering up any indications on workstation performance just yet. Intel says its Arc Pro range of GPUs will be available from mobile and desktop partners later this year. 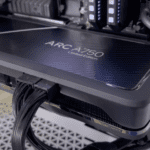 Intel is setting expectations low for its Arc GPUs 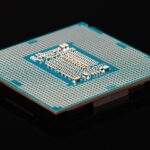 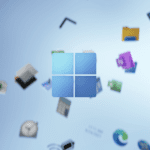 How to Make the Best Onion Dip
8 mins ago
Robinhood’s Web3 wallet beta is live
36 mins ago
Fact-check: Was this EU flag torn down after far-right’s election...
46 mins ago