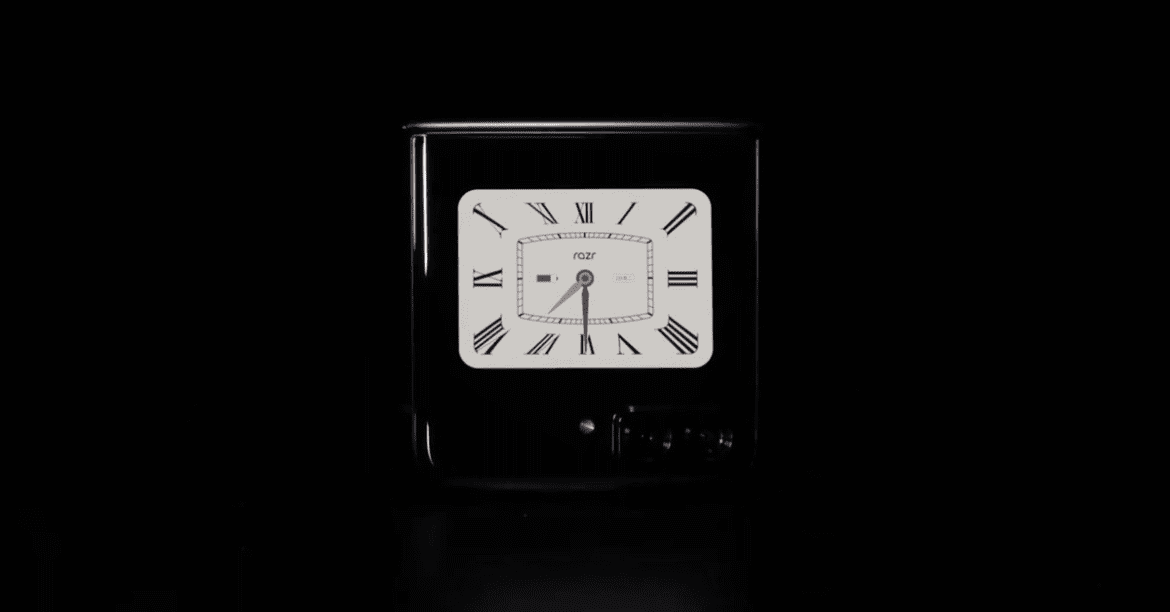 Motorola teased its upcoming Razr in a new trailer that shows off the device’s chin-less redesign (via GSMArena). The trailer, which Motorola posted to its Weibo account, gives us brief glimpses of the third-generation device’s smoothed edges, dual camera, new hinge, and what looks like a larger exterior display that matches up with a leaked version of the device we saw in May.

You can’t really make out much from the trailer, though, aside from the Motorola logo stamped on one of its edges and on the back of the device. Chen Jin, the general manager of the Lenovo Business Group in China, offered a separate look at the device at an in-person event (and with much better lighting). He posted the photos to Weibo and demonstrated what the upcoming Razr will look like when it’s opened and folded shut, further solidifying the validity of previous leaks.

Motorola confirmed that the device will come with the Snapdragon 8 Plus Gen 1 processor, but not much else is official. As noted by GSMArena, past leaks indicate it will have a 6.7-inch FHD Plus OLED display with a 120Hz refresh rate. It’s also rumored to come with a 50MP f/1.8 main camera and 32MP ultrawide camera on its exterior as well as a 13MP selfie camera on the inside of the device.

But the new images showing a boxier style for the upcoming device strongly suggest Motorola is taking some design cues from the Samsung Galaxy Z Flip 3 — a foldable that was more well-received than Motorola’s first two attempts at revamping the classic Razr. As we noted in our reviews, both devices were overpriced (costing well over $1,000), and each came with its own set of flaws, like a lumpy screen or subpar camera. Motorola’s second Razr reboot was better than its first, though, so we can only hope Motorola takes user feedback into account and makes its third try even better.

Motorola still hasn’t given out any information about the device’s release date or pricing. Back in May, reliable leaker Evan Blass said the next-gen Razr will launch in late July or early August in China but will reach the rest of the world at a later date.

Spain: Trains will be free this autumn, thanks to a windfall tax

You can turn Meta’s chatbot against Mark Zuckerberg