Spotify has quietly rolled out support for real-time lyrics on the Google Nest Hub, according to a report from 9to5Google. The feature, which has already been made available on iOS, Android, game consoles, desktop computers, and select smart TVs, lets you listen to music on Spotify while seeing a stream of lyrics that progresses with the song.

While Spotify hasn’t formally announced the feature’s launch, a number of users — including the folks over at 9to5Google — report spotting real-time lyrics on their Nest Hub devices. As 9to5Google notes, you can access the feature by tapping the lyrics icon that appears in the bottom-right corner of the screen when you select a song. The video embedded below shows the feature in action.

It’s not entirely clear when Spotify rolled the feature out or where it’s available. The Verge reached out to Spotify with a request for comment but didn’t immediately hear back.

Upon launch, Spotify only made real-time lyrics available to users in select countries located in South America, Central America, and Asia. It expanded the feature globally last November, giving everyone the chance to sing karaoke or get to know the lyrics of a new song. Although the real-time lyrics are provided by music data company Musixmatch, Spotify previously partnered with Genius for its “Behind the Lyrics” feature, which TechCrunch reports has since been discontinued in favor of real-time lyrics.

The Amazon Echo Show and Meta Portal already have a similar karaoke-friendly feature that lets you display album art and real-time song lyrics through Amazon Music. And while YouTube Music rolled out a lyrics feature to Android, iOS, and web in 2020, the lyrics don’t advance with the song, which means you have to manually scroll through them as you listen. This feature doesn’t seem to have made its way to the Nest Hub just yet. 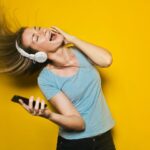 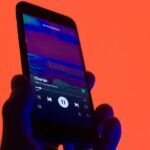 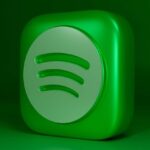 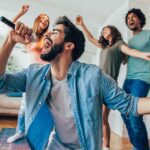 Love Karaoke? Check Out These 4 Cool Windows Apps to Sing With