Home » Are babymoons safe? One woman’s trip to Malta has lessons for us all
Travel

Are babymoons safe? One woman’s trip to Malta has lessons for us all 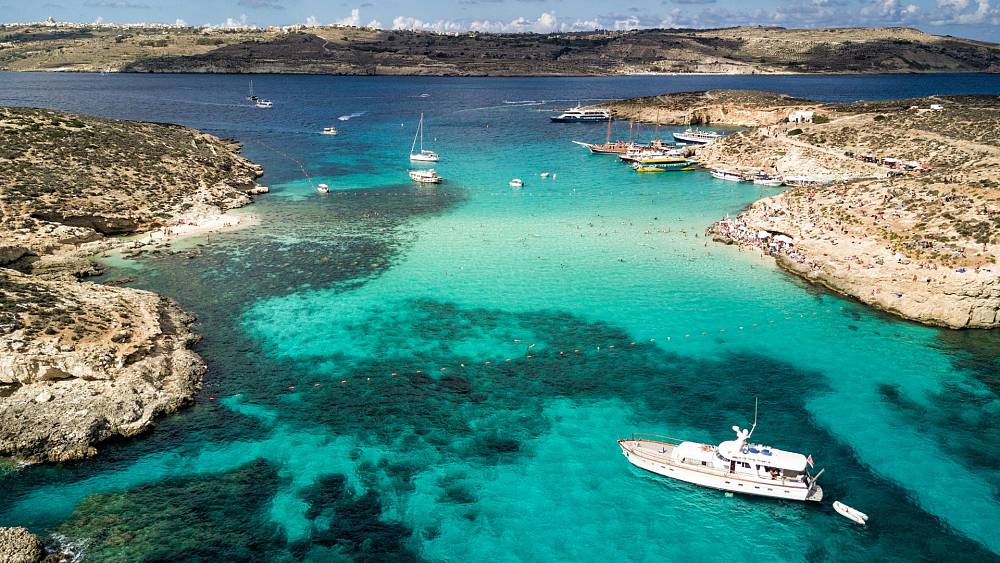 If you’re thinking of booking one last pampering holiday before submitting to nappies and baby feeding times, you’re not alone.

Babymoons have become increasingly popular for expectant parents in recent years. Often seen as a final romantic fling, they’re a way for soon-to-be mums and dads to smooth away anxieties and relax as a couple before baby arrives.

But that wasn’t how things turned out for Andrea Prudente and Jay Weeldreyer, an American couple who suffered a horrifying ordeal on their babymoon in Malta last week.

It was an experience that every pregnant woman dreads. While on holiday 16 weeks pregnant, Prudente suffered a partial miscarriage. To make matters even worse, she was then refused life-saving medical treatment because of Malta’s strict anti-abortion laws.

“We wanted to come here and have a romantic, connecting and loving two-week holiday to celebrate having a family,” Weeldreyer told Euronews last week. “Instead we are having to face Andrea’s peril.”

Prudente was flown to Mallorca on Thursday to have the emergency procedure she needed. But the tragic incident has raised a sobering question.

Should women be considering local abortion laws when choosing where they intend to go on holiday?

Is Malta a good place for a babymoon?

Malta is currently the only country in the EU with an outright ban on abortion, including in situations where the woman’s health is at risk.

Medical terminology isn’t straightforward when it comes to miscarriage. In the case of Prudente, the procedure she needed to safely manage her miscarriage was classed as abortion treatment because the foetus still had a heartbeat.

“The way the Maltese are talking about this is that it is an abortion, the truth of the matter is that it is an incomplete miscarriage,” said Weeldreyer, the father of the baby. “There is no possibility that this pregnancy results in a viable baby.”

In Malta, doctors who help a woman have an abortion face up to four years in jail and can have their licence to practise medicine permanently revoked.

But, for now, travelling to Malta on a babymoon comes with potential risks.

Which European countries make it difficult to get an abortion?

Malta isn’t the only European country with an anti-abortion stance.

Poland – a country popular for city breaks such as Krakow and Warsaw – controversially rolled back women’s rights in 2020 by issuing a near-total ban on abortions. They are now only legal in cases of rape or incest, or when the pregnancy threatens the life of the woman.

And although Northern Ireland decriminalised abortions in 2019, the local government has been criticised for failing to establish full abortion services there in the past 2.5 years.

Many women in Northern Ireland still do not have access to the medical rights that have been enshrined in UK law.

Which other countries have strict abortion laws?

The overturning of Roe vs Wade in the US last Friday left women around the world reeling, and brought global abortion rights into the spotlight.

There are currently only a handful of countries that, like Malta, have total bans on abortions. The list includes Egypt, the Philippines, Laos, Suriname, Nicaragua and Honduras.

But many others – such as Mexico, Brazil, Chile, Indonesia, Sri Lanka and Tanzania – will only perform abortions to save a woman’s life.

And while some of these destinations might not seem likely choices for women planning a babymoon, the fact is that women can become pregnant while anywhere in the world.

Are risks of miscarriage an issue for women travellers?

Early miscarriage is more common than most people think. According to Tommy’s, the largest UK charity specialising in pregnancy complications, the chance of miscarrying in the first three months is 1 in 4.

The risk of miscarriage significantly decreases after the first trimester, affecting only 1 per cent to 2 per cent of pregnancies up to 24 weeks.

Although Tommy’s travel advice doesn’t cover international termination laws at the moment, the charity told Euronews Travel that it is looking at putting together guidance on this issue, given recent events in the US and elsewhere.

The message? If you’re going to travel and you’ve got a womb, it might be wise to investigate a destination’s stance on abortion and miscarriage before booking your plane ticket.