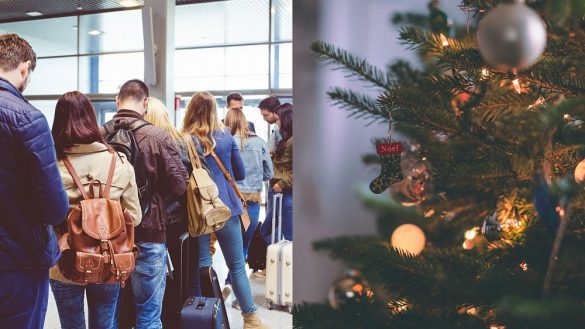 Brits will face ‘significant disruption’ to their Christmas travel plans, after UK Border Force officers voted to strike over the holiday period.

The industrial action will see Border Force officials walk out on eight days during the busy festive season, from 23 December to Boxing Day, and from 28 December to New Year’s Eve.

Mark Serwotka, the PCS general secretary, said that the strike would cause ‘significant disruption’ – but added that rising inflation left beleaguered workers with no choice but to strike.

“We have no option but to take industrial action because our members are using food banks and not able to switch on the heating right now,” he said.

Where in the UK could be the worst affected?

Larger airports like Heathrow, Gatwick, and Manchester – who endured severe disruptions over the Summer – are likely to be worst impacted.

The government has announced plans to bring in the army to help check passports and minimise turmoil.

Heathrow needs to recruit and train up to 25,000 security-cleared staff before the festive period, a task the airport has described as “a huge logistical challenge”.

“We are supporting, including establishing a recruitment taskforce to help fill vacancies, working closely with the government on a review of airline ground handling and appointing a senior operational executive to invest in joint working,” an airport spokesperson said.

At Manchester Airport, 200 new security staff are set to start jobs by the beginning of April 2023.

Popular travel ports could also be impacted. In July, passengers at Port of Dover – the departure point for ferries to France – experienced six hour delays due to security staff shortages.

Why are border force officials striking?

The strike is part of a larger coordinated action by thousands of civil servants. 100,000 PCS members in 214 government departments and other public bodies voted to take action

Members are demanding a 10 per cent pay rise, citing eye-watering inflation of 10.6 per cent.

“The government can stop these strikes tomorrow if it puts money on the table,” Serwotka said.

How to Prevent ‘Human-Giver Syndrome’ This Holiday Season

What We Learned From ‘Harry and Meghan,’ the Netflix Series