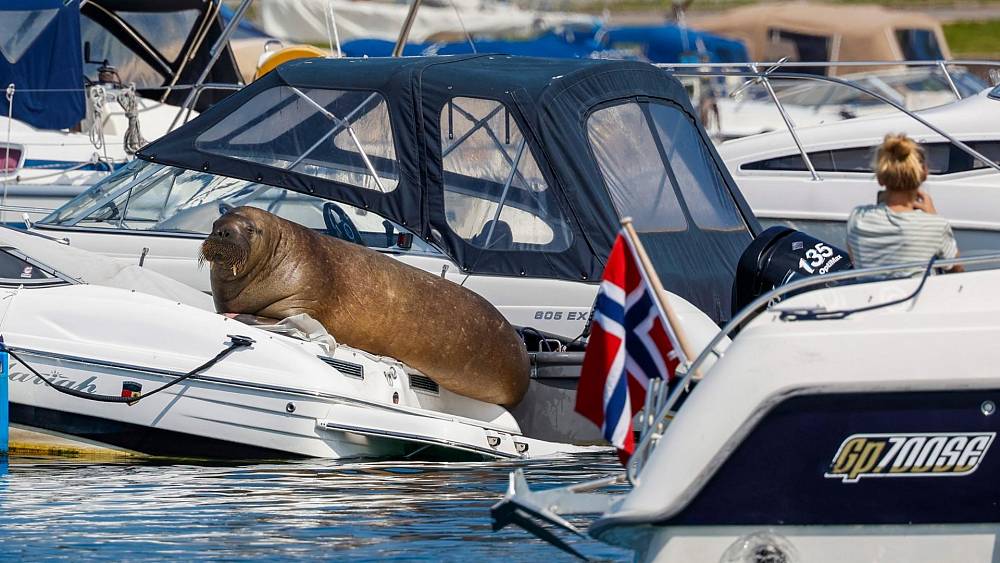 A walrus that had become a popular attraction in Oslo Fjord has been euthanised after visitors didn’t listen to warnings to keep their distance, according to Norwegian officials.

The 600kg female walrus, nicknamed Freya, rose to fame in the country over the last few weeks due to her fondness for sinking boats. In the last few years, she had also been spotted in the UK, Denmark and the Netherlands, even hitching a lift on a Dutch submarine back in October.

But the number of visitors coming to see the huge mammal in Oslo grew despite warnings from officials that people shouldn’t get too close or pose for pictures with her.

“It could have been avoided if people had followed the recommendations we have given,” Frank Bakke-Jensen, director general of fisheries, told Norway’s TV 2.

He added that it was a complicated situation with a large wild animal in Norway‘s most densely populated area.

“After all this is a walrus that is astray, i.e. far away from its natural habitat. Too many high-risk situations arose, and we had to take the step we have taken.”

Norway’s fisheries ministry posted a photo last week showing a large group of people within touching distance of the wild animal – including children.

“It’s very sad that it was necessary to euthanise it,” Arne Thune Larsen, a local resident, told AFP.

“I don’t know if they had any other options, but it drew such a large audience that it created the most chaotic conditions and danger that something could happen.”

Bakke-Jensen said that authorities had assessed whether they could move Freya away from the crowds but didn’t believe relocation would have worked.

“We concluded that we would probably not succeed, both in terms of use of resources, but also for animal welfare reasons.”

A Facebook group called “Freya the walrus – where is she now?” was set up to track the mammal’s movements, run by University of South-Eastern Norway researcher Rune Aae.

In a post on the social media site, Aae said that killing Freya was “completely unnecessary”.

“What I have been warning against for months has happened: Freya was killed, in my opinion, too hasty a conclusion.”

Aae added that the Facebook group had been a great tool for keeping people informed about where the walrus was, meaning they could avoid her if necessary. He added that, with rain forecast and the end of the school holidays coming in the next few days, crowds would have likely died down.

“Norway is the country that killed Freya after being around for over two years around the entire North Sea. What a shame!”

Others also criticised Norway for choosing to euthanise the animal. TV presenter and conservationist Chris Packham called officials “savages” and questioned why crowds couldn’t be managed to prevent dangerous interactions.

But had now been “MURDERED…by the Directorate of Fisheries in Norway because she was perceived as a ‘continued threat to human safety’,” he added in his tweet.

Why was Freya so far from home?

Walruses are a protected species and usually live further north in the Arctic. Though there have been some exceptions, they don’t usually attack humans.

Experts worry that climate change – which is causing ice to melt in the Arctic – is forcing more and more of these animals to hunt on land. Increasing competition for food drives them further away from their usual habitat and toward heavily populated locations like Oslo.

In March last year, Wally the walrus made headlines after taking a trip around the UK coast then heading to France, Spain, the Isles of Scilly and back to Ireland. But Wally is thought to have made his way home to the Arctic after last being spotted off the coast of Iceland in September 2021. 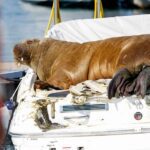 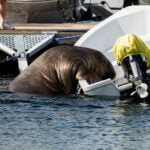 North West and Siblings Join Kanye West at Balenciaga Fashion...
27 mins ago
Indonesian cops broke FIFA rules against tear gas, set off...
30 mins ago
George and Amal Clooney on Importance of the Albie Awards...
59 mins ago