Delays and cancellations in Lisbon add to flight chaos in Europe 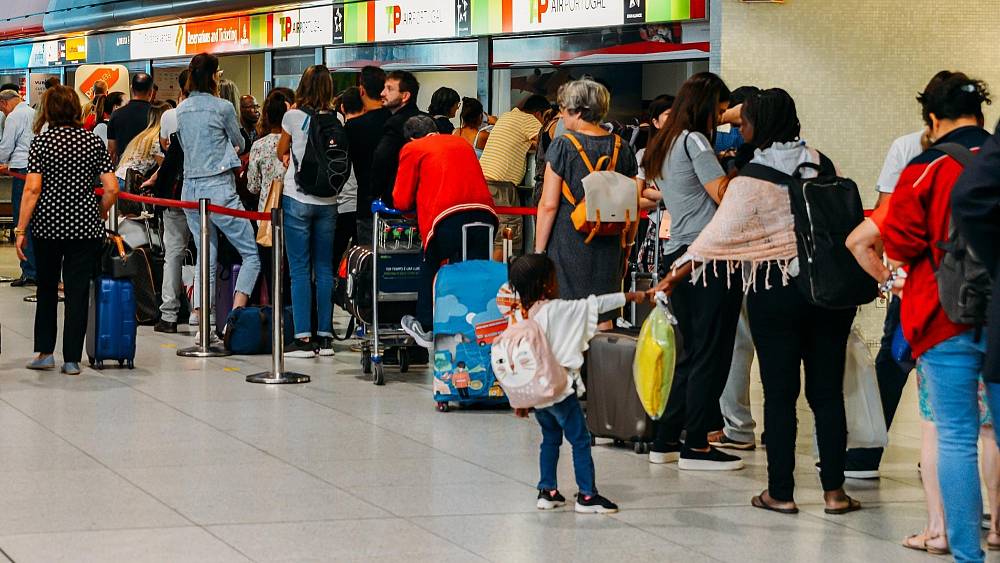 Air travel chaos is spreading across Europe this summer as strikes by terminal workers and airlines lead to thousands of flight cancellations.

More than 100 flights to and from the Portuguese capital, Lisbon, were axed over the weekend. Thousands of passengers were caught up in long queues at the airport.

Portugal’s air authority, ANA, says it’s implemented measures to support airlines such as additional counters for rescheduling flights, but many families’ travel plans are already in ruins. Travellers have also complained about a lack of information from airlines about the disruption.

“They rescheduled our flight for after the departure of the cruise from Italy,” said one woman waiting with her family in the queues at Lisbon airport.

“We are desperate, there are elderly people and children. We’re trying to get a flight with a different airline so as not to miss the cruise.”

“It is the first time my husband is travelling to Brazil, he’s traumatised,” added another woman.

This weekend’s delays have been blamed on various factors. Some sources suggest a private jet which burst a tyre was to blame. Others blamed TAP airlines as airports such as Faro which have less TAP flights did not suffer from chaos this weekend, despite the rising visitor numbers.

How will the long queues affect my holiday to Portugal?

There have been reports of delays at Lisbon airport since mid June. Despite bosses claiming they were going to almost double border control staff, union representatives expect the delays will continue.

Many travellers arriving in Lisbon have been forced to wait in queues for hours to get through the airport.

From 1 July, Portugal has scrapped all of its remaining COVID travel restrictions which could help ease the arrival queues.

Watch the video above to learn more.

Peloton’s Cody Rigsby: Why Self-Care Is Essential During Pride Month