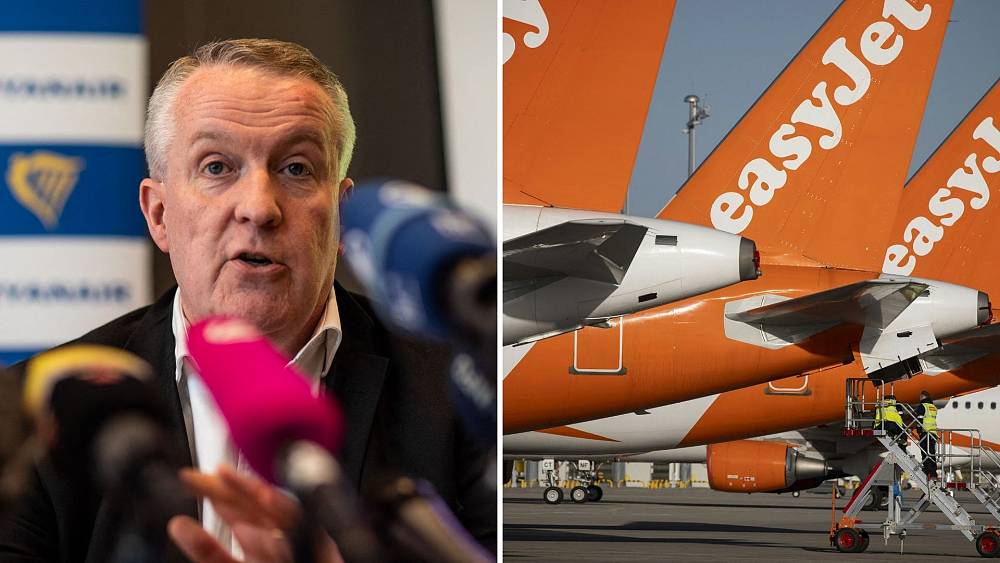 It added that it remained “absolutely focused” on daily operations after staff shortages forced it to cut thousands of flights this summer.

Around 10,000 easyJet passengers had their flights cancelled in June after the airline axed at least 64 flights. After these were announced, Peter Bellew reportedly sent a message to staff claiming the decision would “increase resilience across the network”.

Most of the cancellations were short-haul flights to destinations in Europe, but Egypt-bound passengers at Manchester airport also had their flight scrapped.

The UK’s second-largest union slammed the easyJet flight cancellations at the time, in a scathing email obtained by Euronews. A letter to Unite – which represents 60,000 aviation workers – demanded to know why the carrier was being forced to cancel dozens of flights per day and hadn’t proactively reduced its schedule in advance.

The union accused Peter Bellew of only communicating with staff twice in almost three months, despite widespread chaos.

“This level of disruption and deterioration of the operation cannot continue,” the email read. “It is a serious safety risk to crew members and is having a disastrous effect on the easyJet brand.”

EasyJet said on Monday it had appointed David Morgan, who has been with the airline since 2016, as interim COO, reporting directly to Chief Executive Johan Lundgren.

With airports at the epicentre of much of this travel chaos, many passengers are looking to minimise the risk of delays, disruption, bag losses and queues.

Experts recommend that if you do cancel or postpone your trip, to check the terms and conditions of your booking to make sure you won’t incur any costs.

How LGBTQIA+ Elders Can Get the Care and Support They Need