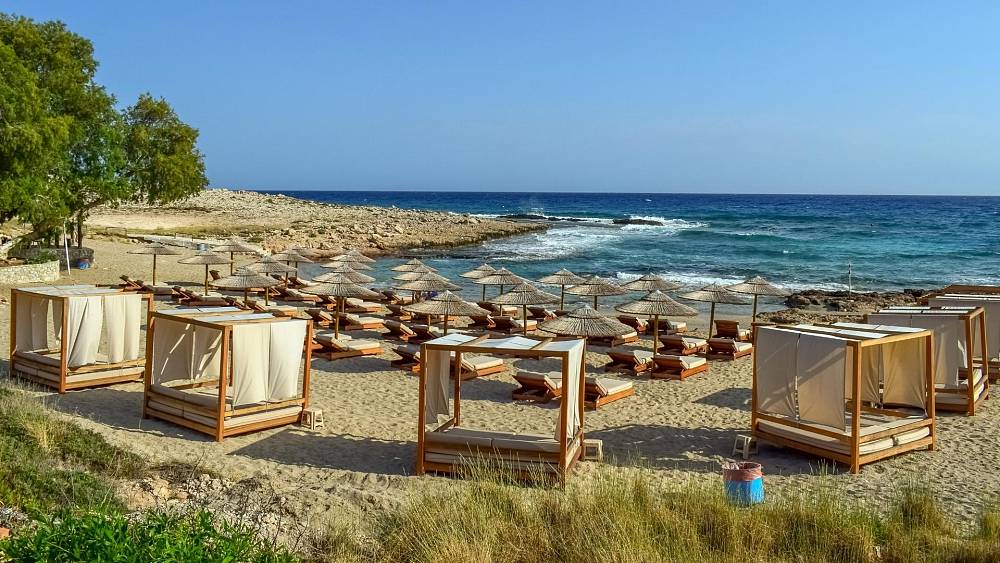 Around this time last year the rain was falling so hard in Manchester that I wasn’t sure the plane would be able to take off. But about four hours later we landed in Larnaca and it was like the summer sun had never left.

Instead of the steaming heat that can make Cyprus feel more like a jungle than a Mediterranean island idyll in the peak tourist season from July to September, there were pleasantly warm breezes and sea temperatures perfect for late-season swims.

Cyprus boasts up to 340 sunny days a year and thanks to its southeasterly position in the Mediterranean the island’s beaches beckon even into November—with absolutely none of the summer crowds.

From beaches that are adjacent to big resorts to unspoiled sandy stretches where there are more sea turtles than people, says Grant, there’s a seaside scene in Cyprus for every taste.

What Larnaca’s Mackenzie Beach may lack in star power it more than makes up for in other attractions.

First of all, there’s the location barely a five minute drive from Larnaca International Airport—in fact, it’s practically at the end of the runway—making it a great place for either your first dip or one last swim before your flight home. Planespotters love it here because airplanes fly in very low over Larnaca Bay. The sand is flat and family-friendly.

Located on an islet just offshore, Nissi is one of the most popular beaches in the renowned Ayia Napa resort town area and also one of the best.

The powdery sand stretches for more than 500 meters and the water colour is a dazzling sparkling blue. In autumn you’re going to have this slice of Cypriot paradise pretty much to yourself.

Konnos, situated on the northern edge of Cape Greco National Forest Park, has a somewhat more rustic look than other beaches around Ayia Napa. The gorgeous turquoise water is backed by a fairly narrow beach area and tall bluff, and while super busy in the height of summer, late in the season Konnos can feel like being on a private island within an island.

Peter Frampton sang the praises of Fig Tree Bay, literally, back in 1972 on his Wind of Change album and the wide expanse of golden sand in the area of Protaras, a bit north of Konnos, still beckons beach-goers.

It’s considered to be one of the best beaches in Europe and like many others in Cyprus has been awarded Blue Flag designation for cleanliness and sustainability. And yes, fig trees grow close to the shore here.

Fall in love with Governor’s Beach

While this well-known beach, which straddles the line between the Larnaca and Limassol districts, may not have the most romantic of names it’s hard to not fall in love with it all the same.

There are actually two sections: a stretch of dark sand that you can access by a staircase and the Kalymnos section some 200 metres west, where the chalky white rock formations provide a seductive backdrop to the calm blue sea. Governor’s Beach is well signposted from the A1 motorway which traces the southern coastline of Cyprus.

These beaches don’t officially come as a pair but what they have in common in addition to their adjacency is a pretty fantastic natural setting. Both are located just west of the bustling port city of Limassol, but here, thoughts of the city will be blissfully far behind.

Kourion Beach is located right below the ancient site of Kourion and its Hellenistic amphitheatre, which is set spectacularly into the cliffside (and so iconic that it was depicted on the old Cyprus pound notes).

West of this and a bit more windy and remote, Episkopi Bay, also called Zapalo Beach, is backed by yet more steep limestone cliffs and the water is wonderful. Fun fact: both Kourion and Episkopi beaches are located within the boundaries of a British sovereign base area.

Travel writers are notoriously cagey about revealing their favourite places (I once asked author Paul Theroux what his favourite beach in Hawai’i is and his unambiguous reply was “I’m not telling you”), but this secret’s out, and Pissouri is one of my all-time favourite beaches in Cyprus.

This Blue Flag beach is located due south of the A6 motorway about midway between Limassol and Petra tou Romiou (Aphrodite’s Rock).

It’s a pebbly beach which means no annoying sand gets stuck to your feet; the waters are calm and framed by cliffs that imbue this spot with a relaxed, almost dreamy atmosphere. The quiet village of Pissouri has some nice sea-view tavernas too.

The rumour that Aphrodite was born in Cyprus is not exactly true: the legendary goddess of love was actually born (the myth goes) on the Greek island of Kythera but washed ashore here at Petra tou Romiou which is essentially a huge rock on an isolated but easily accessible stretch of the western Cyprus coast.

The currents here can be a bit unpredictable so while autumn does bring the prospect of splendid isolation, be careful about swimming alone because the beaches on either side of the rock are purely natural and there are no lifeguards.

The Akamas peninsula is in the “far west” of Cyprus, just north of Pafos, and is known for its ecologically pristine state and biodiversity. Consequently, the beaches here while they are not numerous are still in a very natural state, case in point Lara Beach which is an important site for sea turtle nesting.

It’s also a very beautiful spot for a quiet swim away from any kind of touristic fray and unlike the so-called Blue Lagoon cove on the eastern side of Akamas, Lara (on the west) is a bona fide beach. As with most beaches in Cyprus, access will generally be much easier if you rent a car. 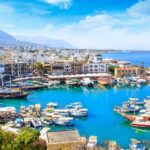 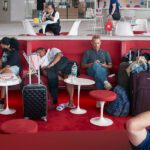 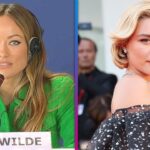 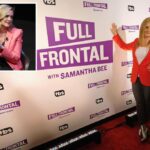 #ActYourWage is the new quiet quitting: ‘Visibility doesn’t pay the...
3 mins ago
George Clooney on Wife Amal, Their Kids and Julia Roberts...
8 mins ago
Is Virtual Photography Real Photography?
19 mins ago