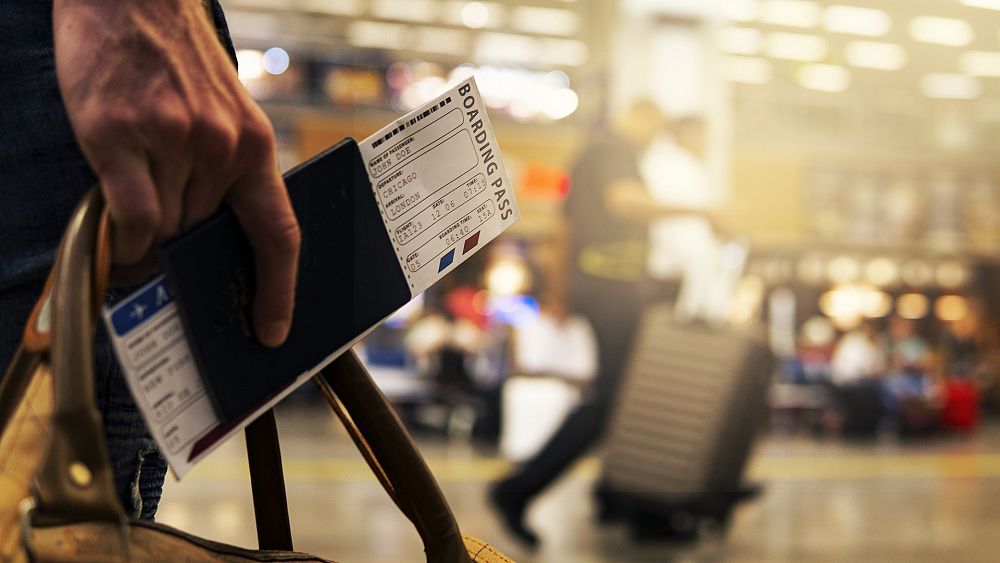 Entering the European Union is about to get more complicated for non-EU nationals from next year.

A new Entry Exit System (EES) is set to come into effect from May 2023.

This is part of the European Travel Information and Authorisation System (ETIAS) that will be implemented later next year.

It will require visitors from outside the EU to apply and pay for a visa waiver before entering a country in the Schengen zone.

Here’s how European countries are preparing for the changes and how you might be able to avoid visa fees.

What are the EES and ETIAS?

The EU’s new EES will register additional information about non-EU travellers to the bloc.

Passport stamps will be scrapped. Instead, the system will automatically register when someone enters or leaves an EU country.

This will make it easier to flag someone who has overstayed their time in the EU.

Non-EU citizens, which includes UK nationals post-Brexit, can only stay 90 days in the EU before requiring a visa.

The EES does not apply to EU citizens or to people travelling between Schengen zone countries.

How do you apply for the ETIAS?

The wider ETIAS will come into effect in November 2023. This will require non-EU nationals to pay €7 per person to visit most European countries.

The visa permits non-EU citizens to stay in the EU and Schengen zone for 90 days. Once a traveller has had their visa approved, they do not need to apply again for three years.

The visa will not be required for the Republic of Ireland as it is in the Common Travel Area.

This is a zone of open borders comprising the United Kingdom, Ireland, Isle of Man, and the Channel Islands.

Travellers will have to complete an online application before they go and pay the €7 fee if they are between 18 and 70 years old.

Do I need a visa if I have a European identity card?

Non-EU nationals who have official residency in an EU country may be exempt from the EES and ETIAS.

You need to have a biometric identity card, such as the carte de séjour in France or the carta di soggiorno in Italy.

These mean that you are also exempt from the 90-day limit.

However, no information has been released on how the automated barriers at borders would identify a traveller as an EU resident when using a non-EU passport.

EU countries are preparing to install automated barriers to carry out the EES checks.

France will install self-service kiosks at airports where travellers can pre-register their biometric data and personal details. They will then present themselves to a border guard for verification.

Germany and Austria have confirmed a similar system will be installed at airports.

For visitors arriving by car at France’s land and sea borders, tablet devices will be available to register your details.

Italy has said it will increase the number of automated gates in all its main airports as well as adding around 600 self-service kiosks.

Norway, on the other hand, will trial “automated camera solutions” operated by the border guards.

Will EES cause border delays?

As the EU prepares to introduce the digital barrier system, there are fears it will cause disruption at borders.

Several countries have said they feel there is insufficient time to test the more rigorous checks before they come into force.

Even travellers with EU residency may find themselves caught up in delays.

A document released by the EU council last week shares comments from various EU nations about the new system.

Austria and Germany were particularly concerned that border wait times could rise.

“The additional tasks resulting from the EES regulation will lead to a sharp increase in process times,” Austrian authorities said.

“Currently, we expect process times to double compared to the current situation.”

Will EU countries be ready for the EES?

Questions have also been raised about whether the physical infrastructure of the barriers will be installed in time.

German authorities have admitted that “a stable working EES system seems to be unlikely in May 2023.”

Austrian authorities have said they are working to create more space for automated kiosks but will not be finished before the system is operational.

How to avoid ETIAS scams

European Union authorities have already issued a warning to non-EU nationals to be aware of fraudulent websites offering ETIAS visas.

These websites would defraud users by falsely charging an additional administration fee.

EU officials stress that travellers should only use the official ETIAS site. This hasn’t been set up yet but will use the “europa.eu” domain.

Are CAPTCHAs Important? Here’s What You Need to Know
33 mins ago
Make a Disinfectant Using Your Christmas Tree
54 mins ago
Croatia set to join Schengen but Romania and Bulgaria likely...
59 mins ago