Revolutionising European railways has been on the EU’s agenda for years. Though progress has been slow, Italy made strides in July 2022 with new high-speed rail links connecting Rome’s Fiumicino airport with Naples and Florence.

As carbon emissions from flights and every other part of daily life rise, it’s clear that investing in and encouraging the use of trains must be a priority for the bloc.

In the EU in 2017, direct emissions from aviation accounted for 3.8 per cent of total CO2 emissions. The aviation sector creates 13.9 per cent of the emissions, making it the second biggest source of transport GHG emissions after road transport.

This was the vision outlined by rail industry leaders in Lyon, France, on 29 June, as plans to double high-speed rail use by 2030 were announced.

The first high-speed rail (HSR) lines on the continent, built in the 1970s, 1980s and 1990s, improved travel times significantly on intra-national corridors.

So how many high-speed rail projects are there in Europe right now and are there any more underway?

France‘s high-speed train network, TGV, is well-known all over Europe for its efficiency. The service is operated by national network SNCF and carries about 110 million passengers a year.

The TGV system extends to neighbouring countries, either directly to Italy, Spain, Belgium, Luxembourg and Germany, or through TGV-derivative networks linking France to Switzerland (Lyria), to Belgium, Germany and the Netherlands (Thalys), and to the United Kingdom (Eurostar).

The network goes all the way to Charles de Gaulle Airport and even stops at Disneyland Paris.

Several future lines are planned, including extensions within France and to surrounding countries.

High Speed 1 (HS1) is currently Britain’s only high-speed rail track linking London to the Channel Tunnel, which connects the country to France. The main train company operating on HS1 is the Eurostar. But the same line is also used by high-speed commuter services from Kent to the capital.

11 million international passengers and 15 million domestic passengers use the HS1 each year. The line is 67 miles long (108 km) and trains reach speeds of 225 kilometres p/h.

A second line, High Speed 2 (HS2), has been under construction since 2019 between London and Birmingham – with later extensions to Manchester and Nottingham. It will link London with major cities in the North and the Midlands and reduce journey times to Scotland.

The ICE (InterCity Express) is a high-speed train that connects all major cities in Germany. With speeds up to 300km/h, it is one of the fastest ways to travel between cities such as Berlin, Hamburg and Cologne.

The network also extends to Austria and Switzerland and trains travel at speeds of up to 305 km/h.

A new Stuttgart–Wendlingen high-speed railway which is 25 km long is currently underway and should be completed by 2025.

However, the ICE network has received a lot of criticism for trains being slow in Germany. Some claim the tracks, many built back in 1991, are not built for high-speed. While modern ICE train-sets can go 300 km/h, many tracks allow just 200 km/h.

FrecciaRossa high-speed trains are the most common travelling throughout Italy, reaching maximum speeds of 300 km/h.

They are operated by Trenitalia and run straight into the heart of the most important cities, from Milan to Bologna, Florence to Rome, and Naples to Turin, shortening travel time for many commuters.

In July 2022, FrecciaRossa unveiled direct high-speed rail links running from Rome’s Fiumicino airport to Naples and Florence. The timetables integrate with those of intercontinental flights passing through the airport.

While the Frecciarossa trains are the most modern train, there are also Italo EVO high-speed trains you can explore – which are faster.

The EVO is known as a “green” train, as models were built with recyclable materials and designed to guarantee reduced CO2 emissions.

There are some lines which haven’t been completed yet, such as the Milan-Genoa – expected to be finished by 2023 – and the Naples-Bari connection which should be completed in 2027.

The Spanish high-speed railway, AVE, is famous. The bullet trains run with a maximum speed of 350 k/ph and also connect with France and Portugal.

AVE trains have been operating since 1992, when the Madrid–Seville route started running. Ever since, 10 more lines have been opened, including the 621-kilometre long Madrid–Barcelona line.

By December 2021 the total length of the network was 3,622 kilometres, making it the longest in Europe, and the second longest in the world after mainland China’s.

There are yet more lines which haven’t been finished yet too. Both the L.A.V. Murcia–Almería and the L.A.V. Madrid–Santander will be completed by 2025.

In other news, French rail operator SNCF and Deutsche Bahn are planning to launch a direct high-speed train between Paris and Berlin at the end of 2023.

The new rail line was announced by the head of the French company, who came to Strasbourg to celebrate 15 years of Franco-German high-speed cooperation.

“It makes sense because we see that people are accepting longer and longer journeys. There are really people who are willing to spend five hours, six hours, seven hours on a train,” he explained.

“In this case, Paris-Berlin is seven hours.”

“A few years ago, we thought it was a little long and we were afraid we’d have no one. There are more and more people for whom this is not a problem, so much the better!” he said, stressing, that “taking the train is a way to reconcile mobility and nature protection.”

How many trains will run between Paris and Berlin in 2023?

To start with, there will be one return trip per day on this link via Frankfurt. It will be operated as a partnership between the SNCF and Deutsche Bahn with German ICE high-speed trains, according to Alain Krakovitch, director of TGV-Intercités at the SNCF.

In the future, a second daily round trip could also be completed with French TGVs (high-speed trains), he added.

“It is quite symbolic of the evolution of our society, and the fact that many of our fellow citizens prefer the train,” said the manager.

Day and night trains between Paris and Berlin running in 2023

The Paris-Berlin daytime high-speed train will be in addition to a night train connection between the two capitals. It will be operated by Austrian railroads ÖBB in cooperation with SNCF and Deutsche Bahn and will also start in late 2023.

“It will be at the same time, the night train and the day train. We will have the choice according to taste,” Jean-Pierre Farandou said.

“I am convinced that we need more railroads in Europe and a strong Europe needs a strong interconnection on the rails,”  his colleague from Deutsche Bahn, Richard Lutz echoed.

The development of railways is “essential to achieve the climate objectives,” he stressed. 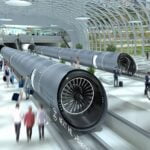 Paris to Berlin in an hour: Is this the future of rail travel? 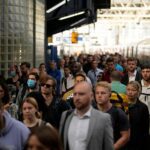 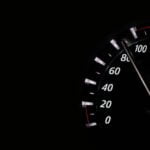 What Is Intelligent Speed Assist (ISA) & How Does It Work?