Five visitors to the Grand Canyon have been rescued after spending more than 24 hours trapped 60 metres underground.

The group were stranded on Sunday evening, when an elevator malfunctioned, and were winched out of the cave 26 hours later.

Luckily, they weren’t confined to a claustrophobic lift car – the Grand Canyon Caverns attraction includes a hotel and a restaurant.

“Yesterday five folks were exiting the caverns when the elevator stopped working,” he explained on Monday night local time.

The staff at the Cavern worked to make the unplanned extended visit as “comfortable as possible,” Paxton said.

The only other way out of the canyon is via the 21 storey fire escape.

However, members of the tourist group have medical conditions that prevented them from taking this option.

Search and rescue teams ultimately used a hoisting apparatus to lift the visitors out of the canyon.

Why is there a motel at the bottom of the Grand Canyon?

More than 300km long and 1,800 metres deep, the Grand Canyon is one of the USA’s most iconic landmarks.

It formed around six million years ago as the Colorado River slowly cut a deep channel through layers of rock.

The caves in the region are much older, dating back roughly 65 million years. The Grand Canyon Caverns – the attraction where the tourists are trapped – is the largest of these caverns.

During the Cuban Missile Crisis, President John F. Kennedy feared the outbreak of a nuclear war. In anticipation of bombing, he ordered that the massive dry cave be transformed into a bomb shelter.

Now, visitors can spend the night in the former bunker, which owners bill as the “deepest, darkest, quietest hotel room in the world.” 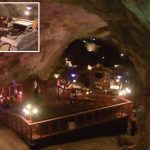 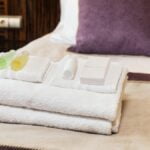 How Much Does It Cost to Live in a Hotel 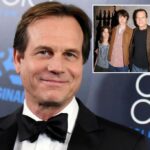 UVA football players killed in shooting receive posthumous degrees
9 mins ago
How will Indonesia’s ban on sex outside marriage impact tourists?
11 mins ago
Here’s What Happens When You Don’t Clean Your Bellybutton
28 mins ago