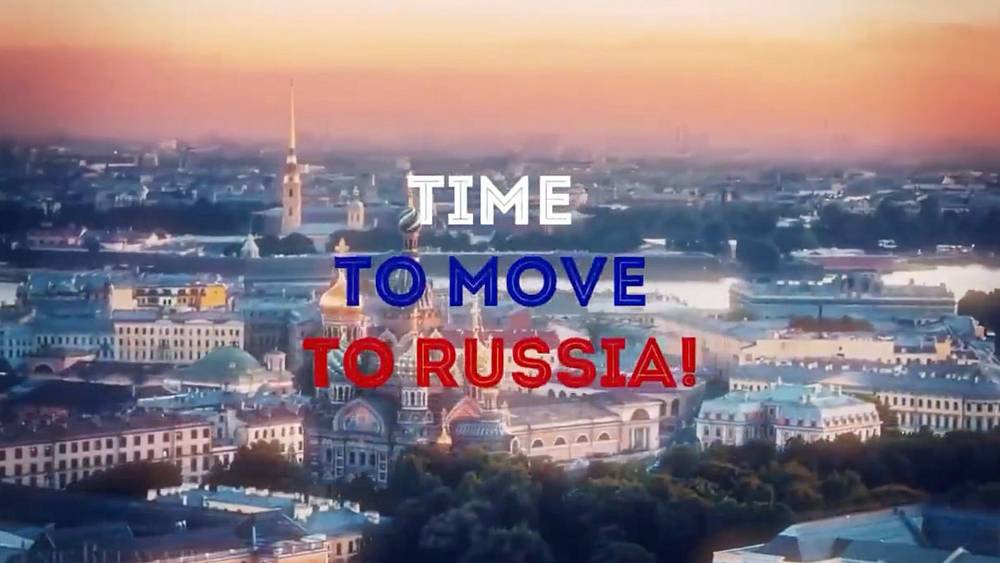 Looking for a change of scene?

Russia’s “beautiful women, cheap gas, and traditional values” await you, according to a bizarre new video shared by a Russian embassy.

The 53 second clip urges foreigners to “move to Russia” by listing the country’s supposed virtues.

“This is Russia,” a disembodied voiceover declares, accompanied by stirring music.

If you can resist the irresistible combination of ‘cheap taxi and delivery’ and ‘ballet,’ the video has one more draw card.

“Economy that can withstand thousands of sanctions,” the voice boasts.

This is the video’s only overt reference to the war in Ukraine. Almost six months after Russia’s invasion of neighbouring Ukraine, the conflict has claimed thousands of lives and displaced millions of people.

Ironically, the first shot of the video – a shot of a coat of arms at the Ukraine Pavilion in a Moscow exhibition centre – features Ukrainian script.

The video ends on a baffling note, urging would-be immigrants to hurry up.

It’s unclear whether this is a reference to a catchphrase from the popular TV show Game of Thrones.

Some commentators have interpreted the line as a reference to Russia’s control of much of Europe’s gas supply.

How has the Russian video been received online?

The video has been ridiculed online, with Twitter users mocking its “cringe” tone and use of generic footage.

“This looks so terrible I have no words,” wrote one user.

“Do they think this video will entice foreigners to move to Russia? Really?”

“Not sure who is the creator. But wow, just watch it. If the Russians didn’t promote it, I’d think this was a satire. Why do they think this could attract foreigners to move to Russia?”

Tlisova points out that one of the authors shown in the video – under the heading ‘world famous literature’ – is Nikolai Gogol, who was Ukrainian by birth.

Others took issue with the representation of women in the film. Much of the video’s 53 seconds is taken up with images of women and girls – in the bath, running through a field, and sitting in the kitchen.

“This version is infinitely more accurate,” one user tweeted.