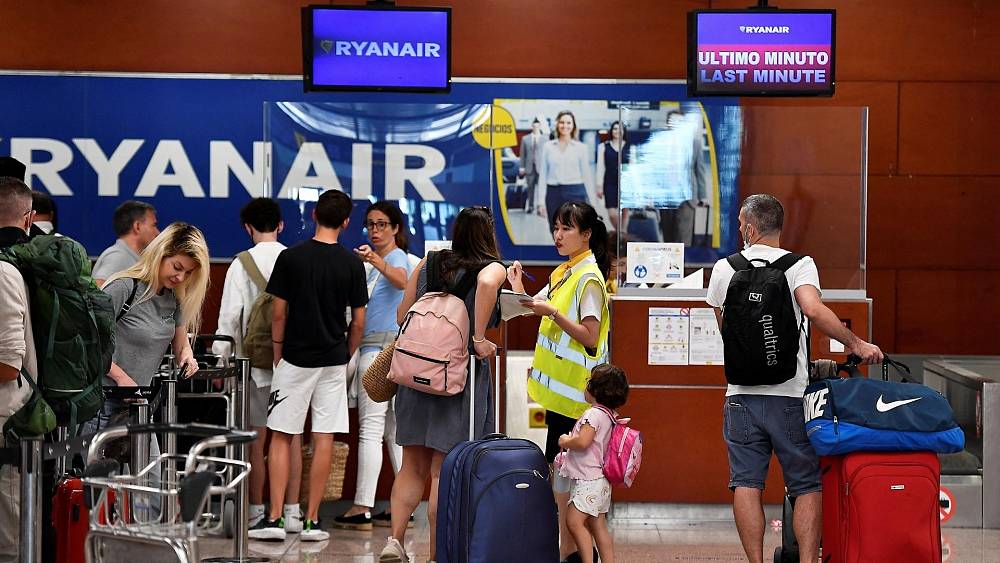 Ryanair cabin crew in Spain have just started five months of strikes that could cause chaos for an estimated 1.4 million passengers.

After June and July were marked by walkouts at airports, two unions, Unión Sindical Obrera (USO) and SITCPLA, called for five months of industrial action that will last from 8 August to 7 January 2023.

Strikes will take place every week, from Monday to Thursday, and will last 24 hours, sources from USO told Euronews Travel. They will continue through the late summer season and Christmas period when there is usually high demand.

The previous 18 days of strikes since the beginning of the summer caused an estimated 310 cancellations and about 3,455 delays at 10 Ryanair bases in Spain – particularly at Barcelona’s El Prat airport.

“Recent strikes by USO/SITCPLAhave been poorly supported with minimal effect,” Ryanair said in a statement.

The airline added that it expects minimal disruption this winter. On Monday, however, around 61 flights were reportedly affected by the latest wave of walkouts.

What do the workers want from Ryanair?

The unions’ demands include a call for the immediate reinstatement of the 11 workers fired for striking this July.

“We are seeing a trickle of dismissals almost daily. Last week it was the tenth worker and yesterday another colleague from Barcelona who had been with the company for 12 years,” union sources say.

They are also calling for an end to disciplinary proceedings against almost 100 workers who took part in the stoppages.

“They are using this as a way of intimidating the workforce. It is their way of warning workers to be careful about going on strike,” says a union spokeswoman.

Despite the situation, they say company refuses to sit down with the unions.

“There has not yet been any kind of cooperation on their part,” the USO says.

“Even with all the obstacles, there has been between 35 per cent and 40 per cent of the strike follow up”.

This new action will mainly affect the airports of Madrid-Barajas, Barcelona, Malaga, Alicante, Seville and Palma de Mallorca. Both national and international connections including flights to and from Spain will be disrupted.

What are the union’s demands?

The workers’ demands include “the application of basic labour rights”, in the words of the union.

A few months ago, Ryanair left negotiations with USO and Sitcpla to come to an agreement with CC OO, another of the unions. Only workers affiliated with CC OO will be able to benefit from the conditions of the agreement, something that USO doesn’t think is acceptable. This is what led to the strike.

What they are asking for is the application of Spanish labour legislation on rest breaks and the implementation of the 14 public holidays that Spanish workers have – instead of the nine that the company offers.

They are also calling for the end of subcontracting through employment agencies such as Workforce and Crewlink under Irish legislation.

In addition, they are demanding a wage increase to return their pay to pre-pandemic levels. COVID brought a substantial pay cut for the workforce due to the standstill experienced by all airlines and the unions point out that employees’ pay has not recovered.

They also claim that they are only paid for hours flown. The unions are asking for their base salary to be at least the minimum interprofessional wage. 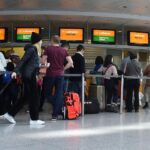 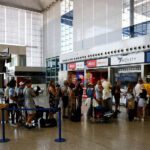 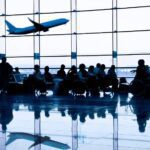 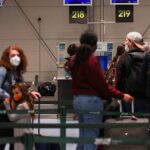 Polka Dot Begonia: Growing and Care Comprehensive Guide
35 mins ago
Biden and DeSantis finally talk as Hurricane Ian nears Florida
39 mins ago
This Is the Pepper That Makes KFC Taste so Good
51 mins ago