A video showing the dramatic moment a Wizz Air jet flew almost within touching distance of tourists in Greece has gone viral on social media.

Clearing the fence of Skiathos Airport by just metres, it goes on to land safely on the runway.

But this isn’t necessarily an unusual occurrence on the Greek Island. The runway at Skiathos Airport is just 1,628 metres long and, due to the geography of the island, pilots have to approach the landing much lower than they would at other airports.

Typically, runways at commercial airports are between around 2,400 and 3,900 metres long.

The landing on 5 August was also filmed by planespotting Youtube account, GreatFlyer which asks if it may be the “lowest ever landing” at the airport.

In the comments below the video, one aviation enthusiast suggested that it may have been more dramatic than usual because of the weather conditions.

“High temperature and very short runway, you have to do a deep landing to maximise the available runway for stop,” they said.

Low cost airlines like Wizz Air have short turnaround times and overheating the breaks would have led to a delay in the plane’s schedule, the commenter suggests.

Is it safe to watch landings at Skiathos Airport?

The YouTube video also shows onlookers being knocked back by the draft from the passing plane. Dust from the road billows into the air and one woman loses her hat as the plane passes overhead.

This spot attracts a lot of visitors hoping to get closeup pictures of aircraft as they approach over the beach. It has become a go-to destination for those looking to get as close as possible to these jets as they land.

But there are warning signs in place on the road to inform onlookers of the dangers – with new signs added earlier this year.

Planespotters are advised to “enjoy your hobby without risking your life” with illustrations to show what can happen if people stand where they can be caught by an aircraft jet blast. 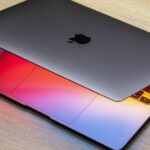 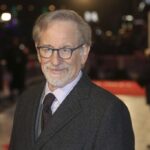 Steven Spielberg’s private jet has burned $116,000 worth of jet fuel in two months 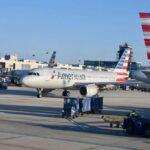 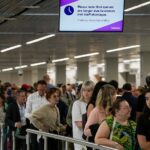 Dish and Sling TV drop Disney, ESPN, and others due...
16 mins ago
Kylie Jenner Debuted an Undone Bob in Men’s Underwear—See Pics
20 mins ago
How To Grow Dahlias In Pots: Secrets To Success
28 mins ago